Near the sea there are the remains of an imperial era building, in which tradition wanted to recognize the tomb of Agrippina, Nero's mother.

In reality the monument is a theater-nymphaeum, part of an imposing maritime villa, which has been destroyed. The structure, born as an odeion (covered theater for musical auditions or mimic shows) in the Augustan or Julio-Claudian age, between the end of the XNUMXst and the beginning of the XNUMXnd century AD was transformed into an exedra nymphaeum.

The monument consists of three hemicycles arranged on several levels: at about 1,30 m below the level of the current beach, the first hemicycle opens, while the median is covered by a rampant vault on the extrados of which the signs of a staircase are preserved in opus reticulatum; three openings interspersed with windows mark the outer wall. At a lower altitude there is also an area covered by a vault decorated with stucco; the walls of the niches and windows and the corridor that originally connected the building with the villa also have a similar decoration. On the same level as the previous one there is a third hemicycle, whose vault has collapsed and whose internal wall is marked by half-columns covered in stucco with Corinthian capitals, so as to form a sort of corridor divided into small rooms with transverse partitions. 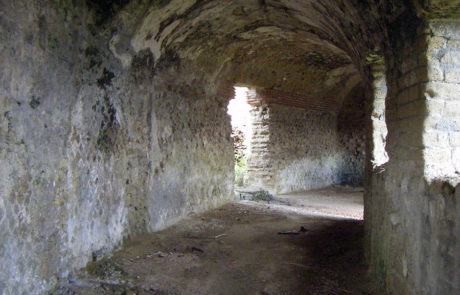 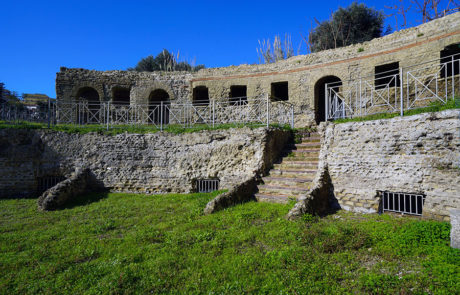 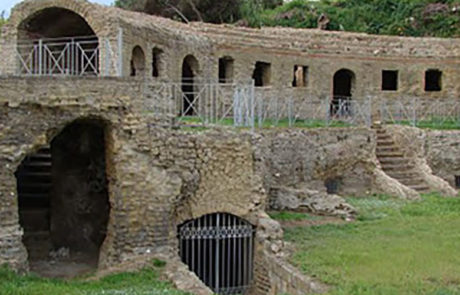 To be agreed by phone