Temple of Serapis - Macellum of Pozzuoli

The Temple of Serapis or Macellum of Pozzuoli, is an archaeological site located in the municipality of Pozzuoli (Na) and is a monument of dual interest, both archaeological and scientific, as well as being one of the best known monuments of the ancient world.

The archaeological site has long been improperly called the Temple of Serapis, due to the discovery at the time of the first excavations in 1750, of a statue of the Egyptian god. Subsequent studies have instead documented that it is the ancient Macellum, or the public market of the Roman Puteoli, the third most important Roman monument of this type in terms of size.

Its importance on a scientific level is due to the symbol it has represented for some centuries as a metric, precious and precise index, which was available to measure the phenomenon of Phlegraean bradyseism. 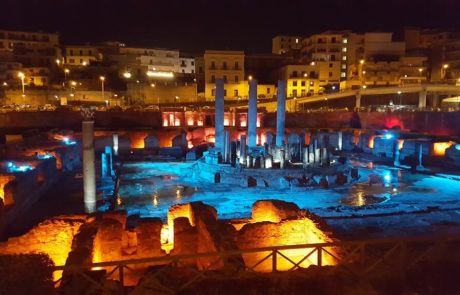 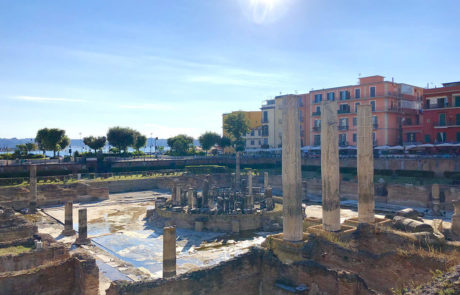 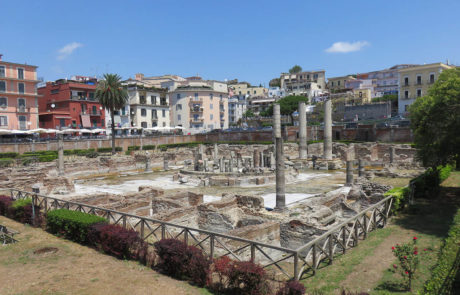 The descent inside is not commonly allowed, an explicit request must be made but the site is always visible from above walking along the road that surrounds it.

For the descent, reservations are required via the email address: pa-fleg.comunicazione@beniculturali.it

Free admission, only on request