Thus defined by tradition, the Temple of Mercury it was actually a large thermal pool, which in the first half of the first century. AD, it was the "frigidarium" of the spas built in the Julio-Claudian period, located below the Villa dell'Ambulatio.

Pantheon ancestor Hadrian of Rome, the large circular hall with a diameter of 21,50 meters, was decorated with a very precious marble covering, of which only the holes left by the anchoring pins remain. In the ancient basin, once placed at 6,30 meters lower than the current walking surface, water was conveyed through a conduit that collected it from springs located in the tufaceous bank behind.

It can be dated to the end of the first century BC it constitutes the largest dome-covered plant built by the Romans in the republican age.

The internal space is illuminated by four large windows and an eye (lumen), open at the top, of about 4 meters in diameter. An obligatory destination during the Grand Tour of visitors of the VXIII century, the so-called Temple of Mercury, also known as "Truglio" and "Tempio dell'eco", appears in all its original size in an engraving of 1768. 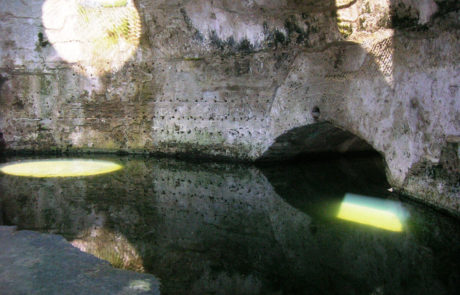 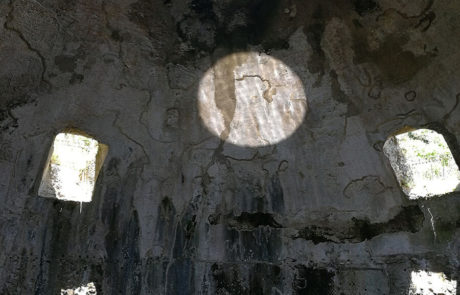 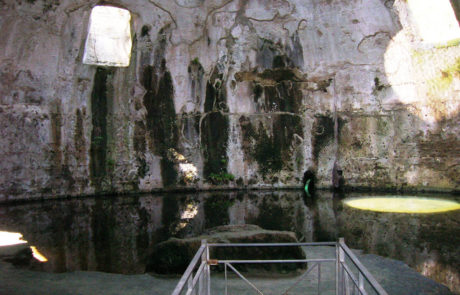 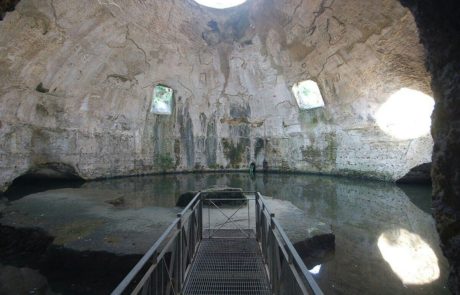 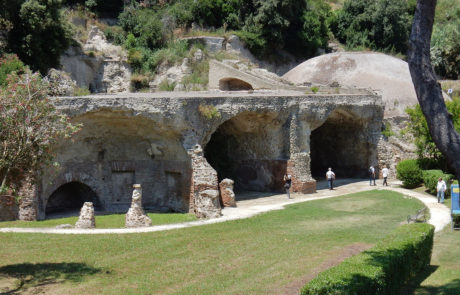 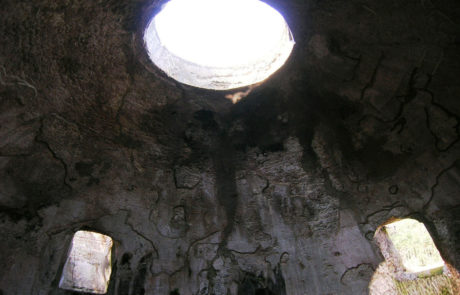