Temple of Apollo in Lago d'Averno

Temple of Apollo in Lago d'Averno

The Temple of Apollo in Lago D'Averno stands on the shores of Lake Averno.

Restored in 2012, these ruins are attributed by tradition to a temple in honor of the sun god, also linked to the cult of the Sybil Cumana who was a priestess, but more likely they constituted a large thermal room that exploited the fumaroles of the lake.

The entire structure was covered by a dome, now completely collapsed, whose diameter was 38 meters, is only slightly less than that of the well-known Pantheon in Rome. A series of arched windows surround the upper floor, while on the floor below there are eight niches, four semicircular and four rectangular, one of which is open towards the lake.

The shores of the lake are open to visitors at all times and the Temple of Apollo can be seen only from the outside, but fortunately at a very close distance and from an excellent viewing angle. 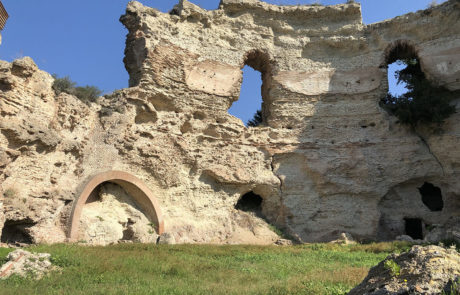 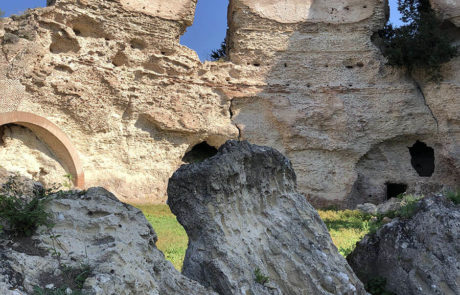 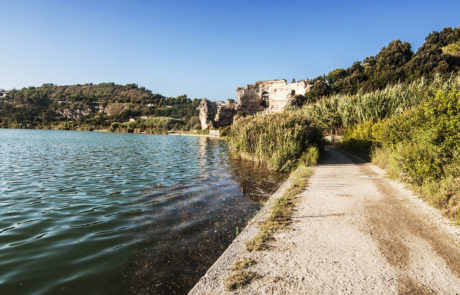 Visible from the outside at all times.

The site is visible for free

To quickly reach the site and find yourself in front of it, it is sufficient to follow the circular route of Lake Averno in an anticlockwise direction.