The Mirabilis Pool is a Roman archaeological monument located in the municipality of Bacoli, built in the Augustan age in Miseno

It is the largest drinking water cistern built by the ancient Romans, and had the function of supplying water to the numerous ships belonging to the Roman Navy which found mooring and shelter in the port of Miseno.

The Mirabilis swimming pool has a rectangular plan and it is 15 meters high, 70 meters long and 25 meters wide, with a capacity of over 12.000 cubic meters. It is surmounted by a barrel-vaulted ceiling, supported by 48 pillars with a cruciform section, arranged on four rows of 12.

The water was drawn through the wells built on the terrace overlooking the vaults with hydraulic machines and from here it was channeled towards the port. The wall structure is made of opus reticulatum and, like the pillars, is covered with waterproofing material.

A series of windows along the top of the side walls and the upper wells themselves provided lighting and ventilation of the environment. At the bottom, in the central nave, there is a limaria pool measuring 20 by 5 meters, 1,10 meters deep, which was used as a settling and drainage tank for cleaning and periodic emptying of the tank.

The Mirabilis Pool was the terminal reservoir of one of the main Roman aqueducts, the Augustan aqueduct, which carried water from the springs of Serino, 100 kilometers away, to Naples and the Campi Flegrei.

During the seventeenth century it was visited by numerous illustrious personalities of the time and over the years it has remained an object of interest for many travelers who passed through the Campi Flegrei. Among the illustrious visitors of the Mirabilis Pool there were also Mozart, Goethe and Dumas. In recent 2016, however, the archaeological site had its maximum number of visitors, with 11.100 visitors. 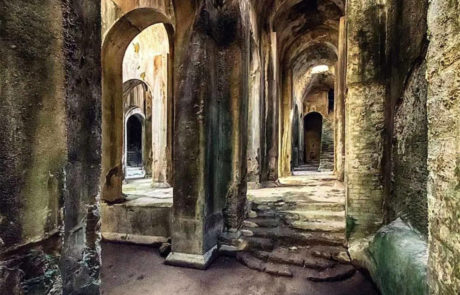 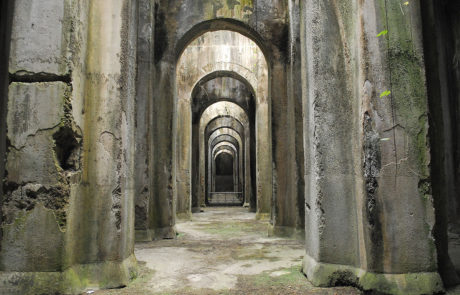 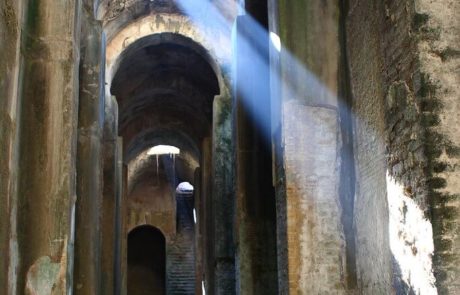