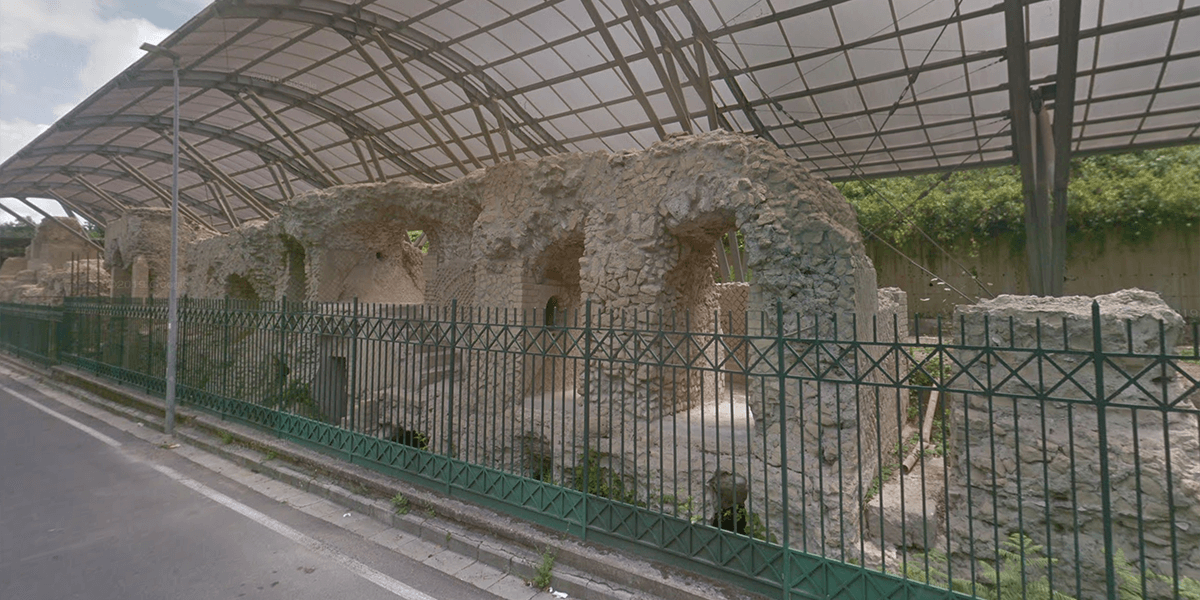 Along the Via Puteolis-Capuam the so-called monumental necropolis of San Vito develops, many of the buildings that make up the necropolis have been recently excavated and previously completely hidden by the colluvial material descended from the hill of the Cigliano crater.

The buildings all include an underground chamber, on the walls of which there are several rows of niches intended to accommodate the urns to contain the ashes of the deceased, with side counters often reused for later formae (burial pits for burials), and an upper floor with a fence behind it.

Among the sepulchral monuments in the necropolis there are two in particular, both of the "columbarium" type.

The first mausoleum, datable to the first century AD, is formed by a quadrangular base, built in opus latericium, supplied inside a sepulchral chamber subject to road traffic and with a circular plan, with a dome vault and lateral aedicules.

The second mausoleum, dating back to the first century AD, despite having the same construction features, is built in opus reticulatum and has an internal sepulchral room with a square plan, accessible from a side door, surmounted by a domed vault and equipped with large niches on the sides to house the funeral urns of the deceased. 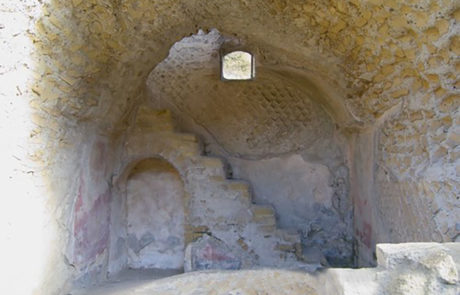 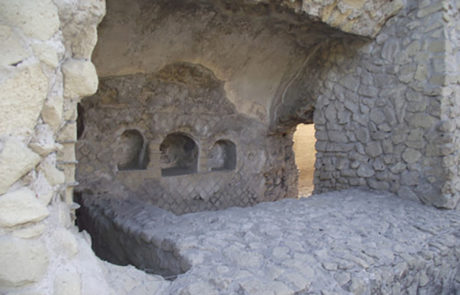 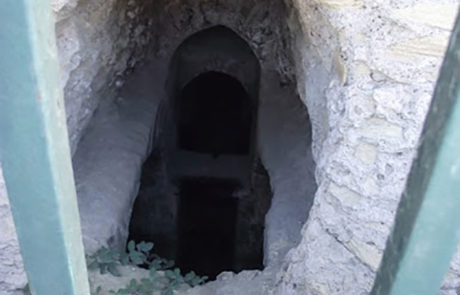