Mount Gauro is a dormant volcano and is the largest of the Phlegrean Fields in terms of elevation. The volcano owes its name to the Greeks, from whom it was called gauro which means "majestic".

Monte Gauro it is composed of three peaks, called respectively mount Barbaro to the south (331 m asl), mount Sant'Angelo to the north (308 m asl) e mount Corvara (290 m asl), while the crater of the volcano is called Campiglione and has a diameter of 750m.

On two of its peaks there are the churches of the Savior, which unfortunately is now a ruin, and that of Sant'Angelo, while the bottom of the crater houses a recreational complex of the US army, Carney Park.

The Gauro is the perfect place to admire the beauty of the area from above, the path to the top is suitable for trekking lovers. 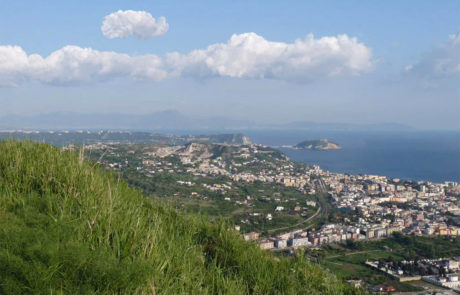 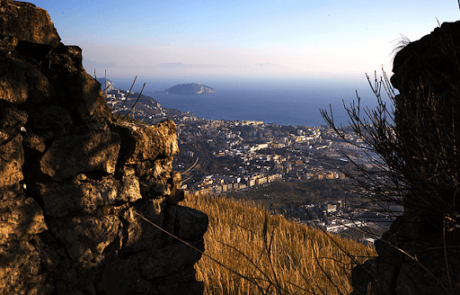 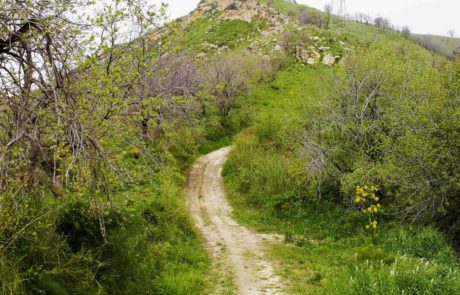 Monte Gauro, just like Lake Averno, also due to its unspoiled nature made up of caves and wooded areas, has become the protagonist of numerous legends over the centuries.

It is no coincidence that the Campi Flegrei scholar Rosario di Bonito collected these legends in an article entitled Mount Barbaro between the Grail and Venusberg.

The bishop Corrado of Querfurt, in the XII century, tells of having visited an underground city, located in the bowels of Monte Barbaro, rich in treasures guarded by terrible beings. This narration may, perhaps, be connected to the legendary Cimmeri people whom the historian Eforo di Cuma claims they lived in underground tunnels near Lake Averno. Both narratives refer to hypogean places located below or in the immediate vicinity of the Gauro.

Also during the Middle Ages, the association of Gauro with the Cimmeri, made sure that the Phlegraean crater was joined to the Venusberg, the mythical "Mount of Venus" present in many medieval German legends. Recall that the Venusberg was represented as a mysterious underground place where anyone who arrived there would have led an existence dedicated to carnal pleasures and would remain there until the Last Judgment, after which he would have been sentenced to eternal punishment.

Petrarch and other countless well-known personalities and authors of the past centuries also narrate del Monte and the myths related to it.