The Casina Vanvitelliana is a suggestive hunting lodge located on a small island of Lake Fusaro, in the municipality of Bacoli. Starting from 1752 the Fusaro area, sparsely inhabited at the time, became the hunting and fishing reserve of the Bourbons, who entrusted Luigi Vanvitelli with the first works for the transformation of the place.

The interventions were completed by Carlo Vanvitelli, son of Luigi, who in 1782 built the Royal Hunting Casino on the lake, a short distance from the shore.

This building, known as Casina Vanvitelliana, was used as a residence for illustrious guests, such as Francis II of Habsburg-Lorraine, who stayed here in May 1819, Wolfgang Amadeus Mozart, Gioachino Rossini and more recently, the President of the Republic Luigi Einaudi.

It is not the Blue Fairy House. It is erroneously widespread among the tradition of the area, the belief that it was the small enchanted stilt house of the Fairy with blue hair (Gina Lollobrigida) in the famous drama The Adventures of Pinocchio by Comencini of 1972. The error derives mainly from the similarity to suggestive and romantic "house-stilts" structure. 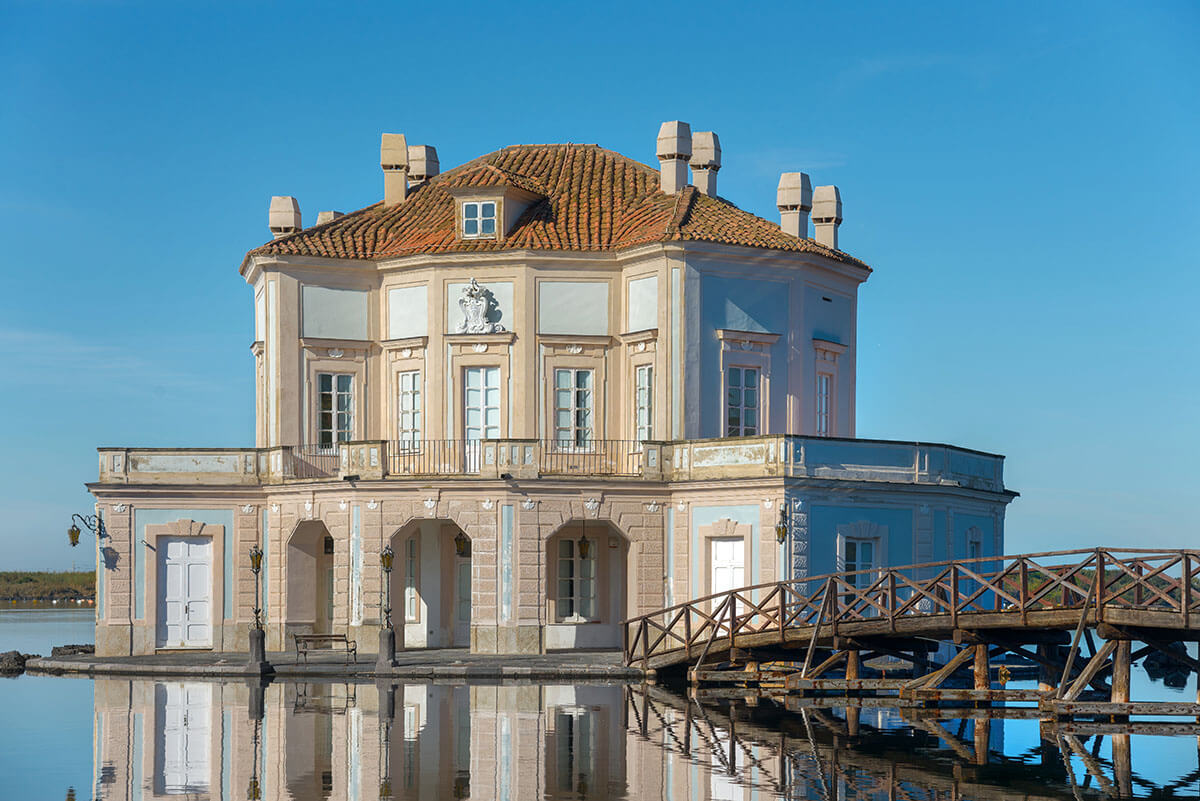 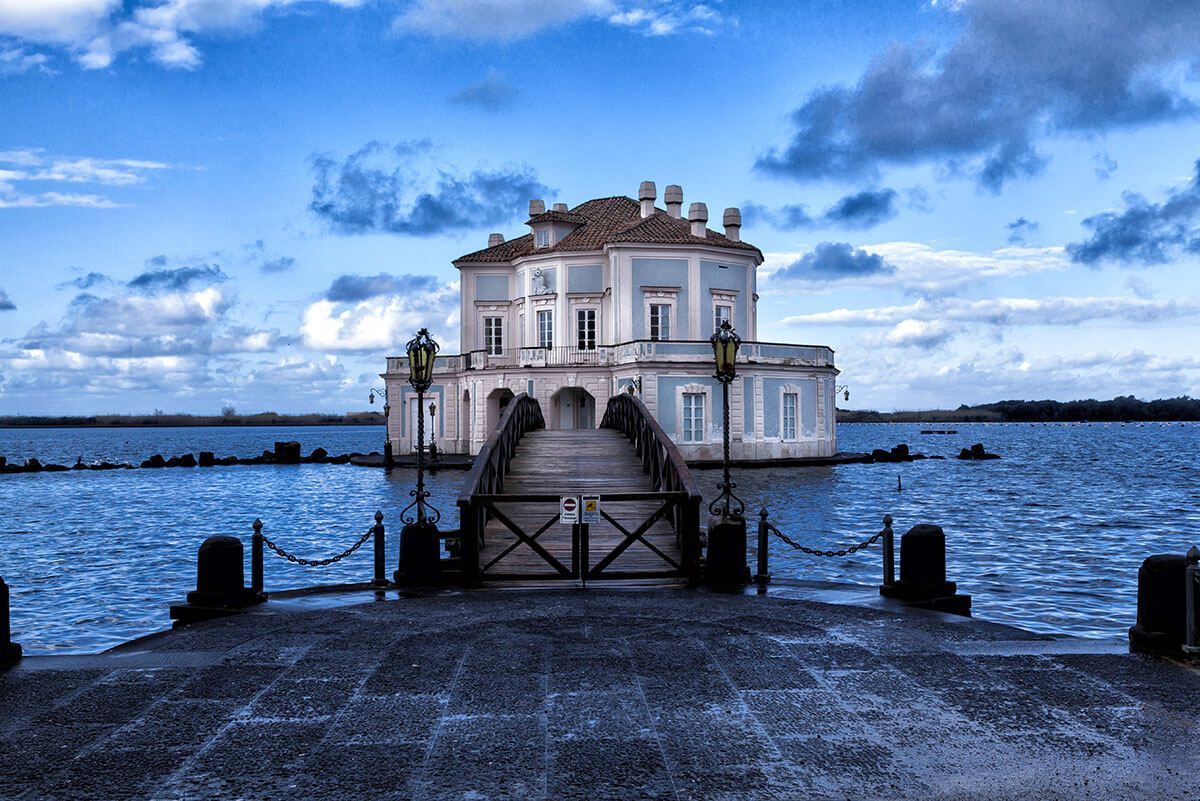 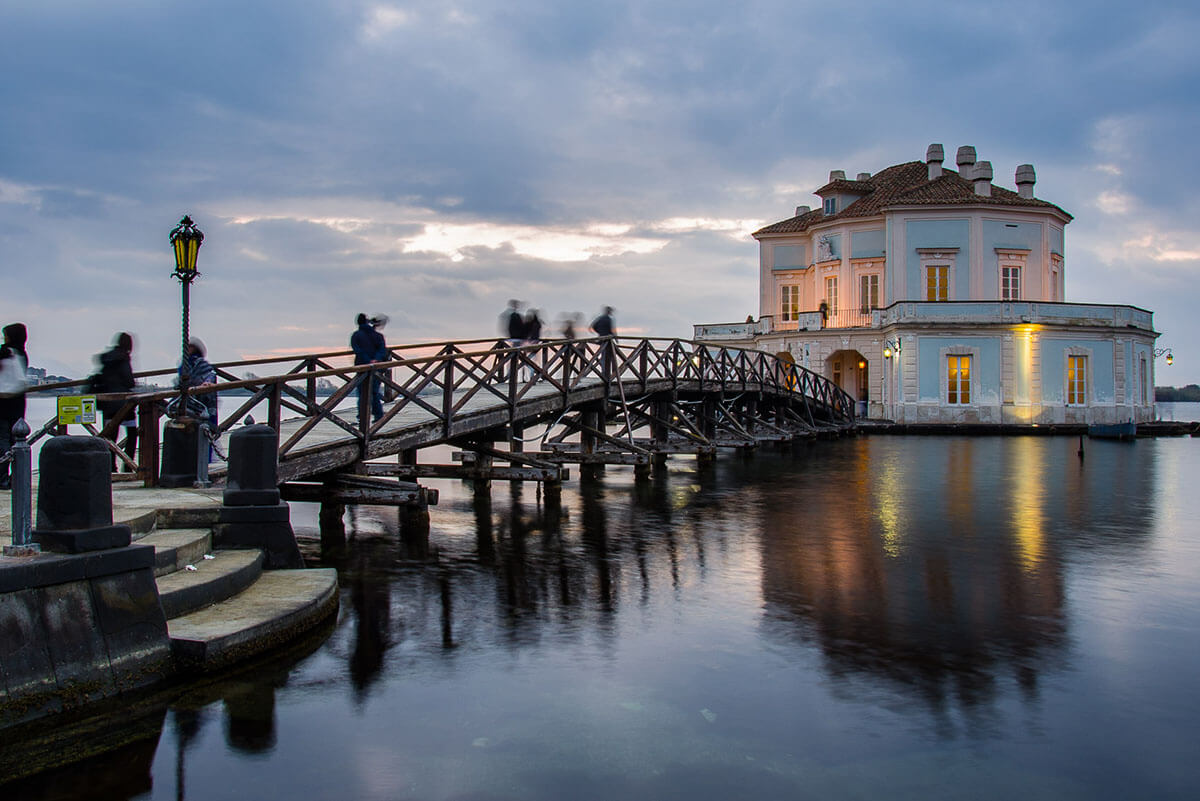 The admission price is 3 €
Children less than 1 m and disabled people with a companion: free